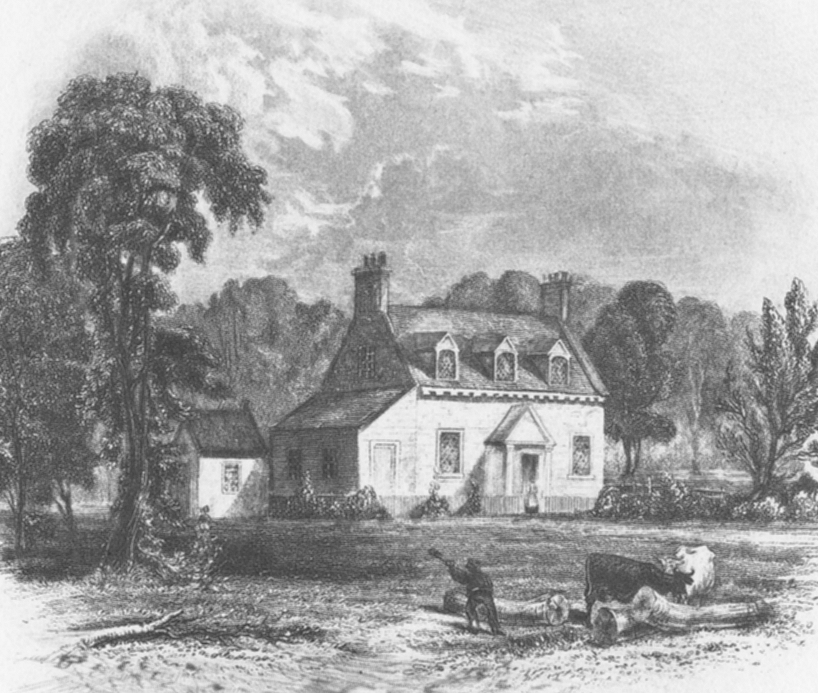 This April marks the 244th birthday of the great American statesman Henry Clay. He was born into the turbulent time of the American Revolution and lived three score and ten, plus five, which was long enough to see his fellow Americans pass through many seasons of despair, trial, and triumph. For young Clay, though, despair and trials came early and might have consumed him had it not been for an extraordinary woman who chewed up despair and spat out trials as she clawed her way to triumph, her family always in tow.

Elizabeth Clay was Ma to Henry and his siblings, an “old widow woman” at thirty to her neighbors. Still, she was also an American heroine left unsung because she lived a quietly courageous life too easily overlooked by history. This week we anticipate the day coming in a couple of weeks that honors all Mothers, and so for Henry Clay’s Ma, we sing. Join us.

John Clay was 23 and already the owner of a Henrico County plantation when he began courting Elizabeth Hudson, so he brought a sense of substance and ambition when he asked her father for her hand. Elizabeth was 15, but children grew up quickly in those days. Teenaged girls were all but middle-aged women when considering the rigors and dangers of childbirth, the one to wither them in their 20s, the other to kill them whenever the caprice of nature and lousy luck chose to. Newlyweds in 1765, John and Elizabeth weren’t given to such grim studies, though. They had a good start with an excellent farm from John’s inheritance. The Hudsons owned hundreds of acres of fertile pasture and cultivated fields that one day Elizabeth and her sister Mary would inherit. The Clays eventually owned two farms, one just outside Hanover Court House in the part of Virginia called “the Slashes” for the many rills that ran through swampy ground. Life was good.

Except for John and Elizabeth’s attempts to start a family. Heartbreak and loss mottled their efforts as their children died with a frequency remarkable even for a time when it was frightfully easy for children to die. Even those who survived were frail or just unlucky. But through all sadness, Elizabeth remained persistently cheerful, as if to plant her person with willpower and anchor her personality with deeds rather than words, and certainly no tears. Elizabeth never wept, it was said. Perhaps she didn’t have the time.

She buried her father in 1773 and took in her frail mother about the same time that she was heavy with her seventh child, the one who turned out to be her fourth son, the boy they would name Henry. That was in 1777 when the United States was less than a year old and at war. For the time being in Virginia, the war against Britain was a distant event. John and Elizabeth openly supported independence and were especially fiery patriots even in a region known for its radicalism. And they continued to farm and continued to show hope for their family’s future, a family they continued to try to grow. It was not an easy life, to be sure, but they made it a good one with God not only in His heaven but also very much in the household and life of the Clays. In addition to plowing his ground, John became a lay Baptist preacher. In 1780, Elizabeth was expecting again.

But 1780 was also the year John became sick and commenced a rapid and remorseless decline. Elizabeth watched him wither away with what must have been a crescendo of distress and sobering worries. She had six children, the oldest only nine, and had a baby on the way. Her dying mother required as much care as did John. He and his mother-in-law sank together — she would survive John by only a few months — and when spring came, shortly after Elizabeth bore her husband another child, he died. The child, a girl, died too.

As Elizabeth Clay weathered these losses, the war came to her doorstep. Lord Cornwallis abandoned his indecisive southern campaign to head north out of the Carolinas with part of his command under Lieutenant-Colonel Banastre Tarleton. Americans called him “Bloody Ban” because he had massacred men trying to surrender, and they spat the words “Tarleton’s Quarter” to describe warfare without mercy. Cornwallis ordered Tarleton to harry the countryside by destroying farms that could feed Patriot soldiers. He relished the work and was not a man to be trifled with.

Tarleton burned buildings in Hanover Court House before fanning his men out across the county. They came to the Clay home in late May 1781, possibly the day after the family had buried John Clay. Tarleton’s men went about the business of proficient if random destruction and simple theft with grim faces and hard hearts. The soldiers barged into the house, ransacked it for valuables, and packed away any food they could not eat on the spot. They smashed furniture and slashed open feather beds. They wrung the necks of Elizabeth’s chickens and threw them across their saddles. Spying the new grave of Elizabeth’s husband, they inspected it for hidden treasures by running their swords into the freshly turned earth. Elizabeth Clay watched all of this with four-year-old Henry clinging to her skirts.

Her children were terrified. The event remained understandably vivid for Henry Clay for the rest of his life. He would never forget the strangely costumed men on snorting horses and how their flashing swords had cut up the family’s beds and had stabbed at his father’s grave. Scattered fires threw dancing light across the pieces of furniture and the chaos of shouting men slinging around squawking chickens. They jerked bridles that showed the large teeth of milling horses. But most of all, Henry remembered Ma, her arm tight around his shoulder, pressing him to her side.

Possibly, Elizabeth finally had enough, lost her temper, and defiantly denounced Banastre Tarleton, the man nobody trifled with. Clay family lore recalled as much. But it is doubtful that Tarleton paused, as was later told, to pull from his pocket a small pouch and empty coins onto a table, explaining as he stalked out to mount his horse that it was to make up for the mess. Grandchildren later told how Elizabeth scorned Tarleton’s gesture by angrily sweeping up the money and hurling it into the fire. No, the scene with the coins was probably a quaint family legend.

What happened was more impressive. Elizabeth Clay squared her shoulders after Tarleton left and showed defiance in the face of things worse than heartless vandals. The destruction of her house was quite real, a grim accompaniment to the destruction of her life. She had lost her husband and would lose her baby while trying to soothe her dying mother and take care of six children. Nobody recalled Elizabeth Clay ever uttering a word of complaint, let alone showing any self-pity. Instead, she put her family’s life back together, a job so all-consuming that she apparently did not have time for tears.

She must have wept, though, keeping it for the night when no one could see or hear. She faced the impossible odds, repaired her husband’s grave, and, when the time came, dug one for the baby. She braced for her mother’s death. But Henry Clay would not remember tears or anguish as part of these ordeals. This remarkable woman probably did not throw Ban Tarleton’s money into the fire because he probably did not leave any. But in the months of that awful spring, she performed quiet deeds of even greater courage to claw her way to triumph, her family in tow.

At least the war did not come back. In only a few months, word filtered back from Yorktown of the British surrender. Neither the good luck of peace nor even Elizabeth’s personal fortitude could better her situation, though, and she soon remarried because she had to. Proving the maxim that fortune smiles on the strong, she found a good man of promising prospects and pleasant disposition. He never sought to take John Clay’s place for the children but instead worked hard to provide them with all their material needs while setting an example and acting as a friend.

Elizabeth was always confident that Henry would do well, that his natural talent would surmount all obstacles as her courage had, that his happy manner would best all adversity with insistent optimism. It would seem they were inherited traits. His success and rising fame did not dazzle her, possibly because she always expected nothing less.

In 1852, when Henry Clay was dying in a Washington hotel, he saw Elizabeth in his room. She had been dead more than twenty-two years. “My mother, mother, mother,” he murmured, perhaps at a hallucination, or maybe at something else. As he slipped away, possibly he tried to grip the skirts from so many years before and wanted to feel the reassuring pressure of her arm, this time pulling him to glory. When “Bloody Ban” had come calling, she had been brave, and afterward, stoic.

There are worse things than dying in the company of someone who never had time for tears.