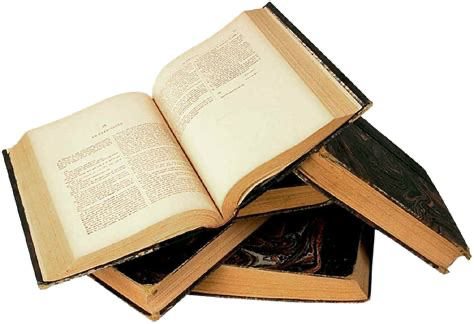 The Rise of Andrew Jackson

“Two of my favorite historians, David and Jeanne Heidler, here explain how a determined band of Andrew Jackson’s supporters made him President of the United States, in the process permanently transforming American politics. The story they tell—carefully researched, cleverly constructed, full of ironies and surprises–is poised to become the definitive account of a still controversial electoral campaign.”

“The Heidlers write exciting, compelling, and thoroughly researched history, and this book is one of their best.”

“[The Heidlers] bring the whole cast to unforgettable life in this character study–cum–group portrait–cum–old-fashioned page-turner. Readers are in for a treat!”

Richard Norton Smith, Pulitzer Prize finalist and author of On His Own Terms: A Life of Nelson Rockefeller

“. . . not only a lively history but a group portrait of Washington and the various figures to influence him.”

Henry Clay was the most important political figure in the United States during the first half of the nineteenth century. Rivaled only by his archenemy Andrew Jackson, Clay actually wielded more influence because he shaped much of the national political agenda from 1811 onward. Challenged and often thwarted during the eight years of Jackson’s presidency, Clay nonetheless remained a major force in American politics during that time and for fifteen years afterward. In the 1950s, the United States Congress named Clay as the most influential senator in its history.

“These two accomplished historians have accorded a great statesman the biography he deserves.”

“An enormously engaging picture of this man and his era”

In the years following the War of 1812, Battle of New Orleans hero General Andrew Jackson became a power unto himself. He had earlier gained national acclaim and a military promotion upon successfully leading the West Tennessee militia in the Creek War of 1813–1814, but Jackson furthered his fame in the First Seminole War in 1818, which led to his invasion of Spanish West Florida without presidential or congressional authorization and to the execution of two British subjects. In Old Hickory’s War, David and Jeanne Heidler present an iconoclastic interpretation of the political, military, and ethnic complexities of Jackson’s involvement in those two historic episodes. Their exciting narrative shows how the general’s unpredictable behavior and determination to achieve his goals, combined with a timid administration headed by James Monroe, brought the United States to the brink of an international crisis in 1818 and sparked the longest congressional debate of the period.

“A vivid description of little-known details of the period.”

Journal of the Early Republic

“Heidler and Heidler tell the story in great detail, and they tell it well.”

“The authors examine the conflict from both U.S. and Mexican perspectives, paying careful, indeed very welcome, attention to the colonial origins that shaped both nations, but also to the internal conflicts driving some of the more important political considerations within the two countries. More broadly, they analyze how Americans and Mexicans understood themselves as peoples. This is quite a bit to expect from a guide written for the uninitiated. Mostly, the authors realize it by balancing breadth, concision, and analysis with a clear narrative structure. For astute readers, there are some gems.”

From Colonial times through the 19th century, European Americans advanced toward the West. This book explains the origins of territorial expansion and traces the course of Manifest Destiny to its culminating moment, the conquest of Mexico and the acquisition of the western territories. It also weighs major historical interpretations that have evolved over the years, from those praising expansionism to those condemning it as imperialistic and racist. A mixture of essays, biographical portraits, primary documents, a timeline, and an annotated bibliography gives students and researchers everything they need to begin their examination of this prominent and oft-disputed concept in American history.

Manifest Destiny opens with an overview that traces the causes and consequences of American expansionism. Six subsequent chapters cover topics varying from Andrew Jackson’s invasion of Spanish Florida and Indian removal to the settlement of Texas and the Oregon Question. Biographical portraits of Stephen Austin, James K. Polk, Osceola, Santa Ana, John O’Sullivan–the coiner of the phrase Manifest Destiny–and others provide personal glimpses of some of the era’s major players. Primary documents such as the Oregon Treaty of 1846, the Indian Removal Act of 1830, and Polk’s declaration of war against Mexico enable students to see actual historical evidence from the time period. A chronology, a glossary, and an index make this the most well-rounded and recent reference source on the topic.

“The War of 1812 is a meticulous and detailed history of America’s “second war of independence” that places the battles, events, personalities, and ramifications into a social and historical context.”

Entangled in the Napoleonic conflicts on the European continent, the reasons for fighting the War of 1812 are far from clear. Once the conflict got underway, both the United States and Great Britain waged it in great confusion and finally concluded it inconclusively. Meanwhile, the war deeply divided American sentiment, possibly more than did any other war, including Vietnam. With an overview essay providing historical background, seven essays on specific topics related to the war, biographies of the major players, ten important primary documents, and a timeline, this book will serve as an introduction to these events, both to provide a clear understanding of them and to supply the student with major historical interpretations of the war’s causes, progress, and consequences. Renowned historians David S. Heidler and Jeanne T. Heidler put the War of 1812 in historical and social context. In addition to a general overview, other essays examine Jefferson’s ineffective use of sanctions as a diplomatic tool, the difficulties a young nation had in fighting and paying for a war against a major power, U.S.-Indian relations, and the Treaty of Ghent which ended the conflict but left many issues unresolved. Detailed biographies of key players enrich the reader’s understanding of the time period, and primary source documents, ranging from Madison’s recommendation for war to a British soldier’s description of the burning of Washington DC, and to General Andrew Jackson’s account of his great victory at New Orleans bring to life the controversial and destructive nature of the War, and a selection of portraits and cartoons add a valuable visual component to this all-in-one resource guide to this forgotten war.

Heidler and Heidler’s Indian Removal is the first volume to appear in the new, innovative Norton Casebook Series. These books explore important topics in American history from the perspective of the participants. In Indian Removal, the Heidlers provide an historical survey of the origins of and rationale for the policy of relocating eastern Indians to lands west of the Mississippi. They trace the roots of that policy to evolving American attitudes about race and expansion. The transformation from the benignly conceived civilization program of the Washington administration to the blatantly self-interested plans for removal that were implemented by Andrew Jackson’s administration is explained in detail. Rather than depicting this episode as a Manichean dichotomy of Good and Evil, the authors show how all sides were mixtures of benevolence and betrayal in a complicated series of events. Inescapable, however, is the basic fact that those Indians who trusted government promises, often inked into formal treaties and solemn agreements, were ultimately victimized by shameful duplicity and deliberate betrayal. Following this opening essay, the authors present excerpts from diaries, letters, and other primary documents with extensive exegeses to provide context and specific explanations about the course of white-Indian relations from the earliest years of the republic through the ordeal of removal and its aftermath.

Encyclopedia of the War of 1812

“. . . an excellent resource. Scholars and lay readers interested in early American history will find the book useful for both reference and general reading. . .. The editors deserve commendation for having produced such a comprehensive and sophisticated reference work on the War of 1812.”

The Encyclopedia of the American Civil War

“Encyclopedia of the American Civil War is outstanding, and every serious Civil War historian will want access to it … Historians of the Civil War era owe a debt of gratitude to everyone connected with this ambitiously conceived, wonderfully realized, new resource.” – The Journal of Military History

“No other reference work compares with the range of this enterprise in canvassing the war. Every academic and major public library will need these volumes.” – Library Journal, Starred Review

“[R]arely does something come along of this scope and quality. . . . Outstanding. . . . Ambitiously conceived, wonderfully realized, new resource.” — Military History

This five-volume encyclopedia covers every subject and significant person connected with the causes, course, and consequences of the Civil War. The 1600-plus articles range from a column to several pages in length and cover myriad topics from the coming of the war to its conducts and its consequences in a political, military, and social context. In addition to full biographies of major and minor military, political, diplomatic, and cultural figures, they include descriptions of approximately 60 major engagements as well as important skirmishes and their role in the larger military setting, and broad areas such as strategy and tactics, social trends, and technological innovations. The volumes also supply about 250 primary documents, 75 maps depicting military situations, and 500 b&w illustrations (contemporary photographs, lithographs, and drawings), a chronology of major events, and a special battlefield section for sites in 16 states, with location maps. Appendices present the executive officers of both the United States and the Confederate States and general officers of each army.

In the early years of the American Republic the political ideals of the Revolution took definite form, and pervaded the daily lives of Americans in multifarious ways, affirming and transforming the country and its people in the process. Rapid developments in agriculture, encouraged by a strong sense of dignity in work and a bold new spirit of ingenuity sharply reduced the percentage of people who made their living in the fields; the tone of religious tolerance taken up by the founders manifested itself in a fervent yet incredibly diverse spiritual community; workingmen and educated citizens alike attended intellectual lectures together in an effort to become responsible and informed citizens; and the family dynamic underwent a profound transformation, especially as it involved children, at the hands of a new democratic idealism. In this informative and eminently readable resource, award-winning authors David and Jeanne Heidler discuss the people who lived during this critical time and uncover the essential and unexpected realities of ordinary life in the early American republic. Included are sections on agriculture; rituals of life, love, and death; employment and the economy; leisure; religion; life beyond the mainstream; and life in the military. This volume is ideal for high school and college students, as well as anyone interested in examining the prosaic realities underpinning the lives of the people of the time. A chronology of the time period, maps, illustrations, a bibliography, and an index are also included.