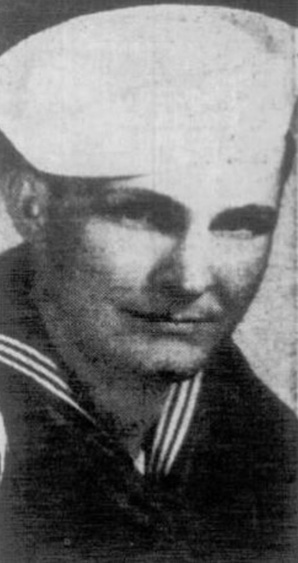 Students of culture perhaps can answer a humbling question: Why does a solemn commemoration of sacrifice gradually lose its essence and become something frivolous? Memorial Day for most Americans is little more than a seasonal celebration, a marker for fashionable attire (wearing white becomes permissible), and a day for amusements such as cookouts and day trips, the semi-official inauguration of carefree summer. In myth, the wizard Merlin ominously warned Arthur’s knights that it is the doom of men that they forget, and so does myth reveal truth, a jarring bolt of reality that compels a thoughtful pause for a moment of sincere reflection. Let us then put aside the question above to ask another below as we strive to do more than merely not forget. Instead, please pause with us to remember.

Robert Boyd Brazier, known to friends as Mike, was the radioman on a torpedo plane from the carrier Yorktown during the Battle of Midway. He and pilot Bill Esders were among those who attacked Japanese carriers while knowing that their fuel was likely to be insufficient for the distance to and from their targets. And sure enough, having made their run under heavy enemy fire, Esders had to the ditch his spent and damaged plane in the rolling Pacific. He knew that Mike Brazier had been wounded, but only after Esders pulled him from the sinking aircraft did he make a grim discovery.

Whether we survey the frozen huts of Valley Forge in the American Revolution, the fetid jungles of the South Pacific in World War II, the desert sands of the Middle East in this, our time, or all the places and times in the world throughout and in between where Americans have fought, we regard those Americans in uniform with appreciation and ask in admiration, “Where do such people come from?”

Well, physically they come from the coasts and the heartland, from small hamlets and sprawling cities, from broad prairies and breezy lake shores. They come from backgrounds as varied as the land they reflect, as complex as the diversity of their faiths and ethnicity, all defined first by their being Americans and then by their willingness to serve their country, even to the point of giving what Lincoln called “the last full measure of devotion.”

Active duty is a thankless life. Parades of appreciation and gestures of gratitude are rare when they occur at all. Being far from home means conquering the drudgery of routine as well as facing the terrors of combat, and it’s easy to lose sight of being at the heart of an enormous enterprise engaged in a grand undertaking. Bad food, disease, haphazardly treated wounds, and chronic longing for loved ones can obscure everything, especially as these universal afflictions drag on through long stretches of loneliness and monotony, which are then punctuated by interludes of horrific violence that can scar even those who escape physical injury. Courage, humor, and pride see them through. And from the ordinary person of whom we ask extraordinary things spring deeds of fortitude and resolve that humble us all, we the beneficiaries of the freedom protected and preserved by the people on lonely duty in perilous places.

As was Mike Brazier in June 1942. Neither he nor pilot Bill Esders had been impulsive recruits rushing to serve after the Japanese attacked Pearl Harbor on December 7, 1941. Missourian Esders had instead enlisted in the navy seven years earlier to learn about radios and to provide financial help to his family during the Depression. Brazier joined in 1939 to chart a future away from the rough-and-tumble mining region of his hometown in Tooele, Utah.

In that, they were emblematic, for though they came from starkly different places, their lives became strangely intertwined and similar on winding paths to the war in the Pacific. By late May of 1942, they were in a torpedo squadron on the USS Yorktown, part of a task force challenging the Japanese navy’s assault on Midway Island. Almost thirty years old, Esders was an experienced pilot, and Brazier, less than ten days from his 26th birthday, was a resourceful radioman, so they were mature veterans with no illusions about what was likely to happen to them when they flew away from the Yorktown on June 4.

They knew they were likely to fly beyond their fuel’s range in an obsolete airplane. The Douglas Devastator torpedo bomber was clumsy, slow, and inadequately armored, a deathtrap more devastating to its crew than any enemy. Its unreliable torpedo seldom found its mark and often failed to detonate when it did. Bill and Mike knew this. But they never hesitated as they flew for what seemed forever over the empty ocean. And when their squadron finally found the Japanese fleet, they never flinched as the enemy’s more agile aircraft came among them like hornets to cut the American planes to pieces. Instead, they made the long, laborious run to drop their torpedo.

Bill and Mike were only surprised that having completed their run, they had survived it. They were, in fact, one of the only two remaining planes of a dozen, the ten others of their torpedo squadron having been shot down and all their two-man crews killed. Esders pointed toward the Yorktown.

After he ditched the plane, he saw how badly Brazier had been hurt over their target. Nevertheless, Brazier had wordlessly struggled to change the coils in the radio, a necessary procedure to guide them home. “When I removed Mike from the aircraft,” Esders recalled, “I could see the large bones in each leg as I got him into the rubber raft. Of course, he bled to death. Yet this young man was still able to talk to me in the raft, expressing how badly he felt that he wasn’t able to perform better or longer.”

Imagine. In the life raft, as he died, Mike Brazier never complained. Instead, he apologized that he could not be of more help.

In the great, roiling cauldron of the Second World War, here was the archetype of the American at war: uncomplaining while dying far from home in the middle of nowhere, worried at the last that he had not done his part.

Memorial Day is when we take time to recall with thanks that sort of courage, that kind of sacrifice, but we should remind ourselves every day that we sleep without fear at night because they did not sleep at all, that we are safe at sunrise because they stood vigil during countless dawns.  And because we can never more than dimly comprehend the real answer to the more than rhetorical question, we should always ask in humility and with gratitude, “Where do such people come from?”