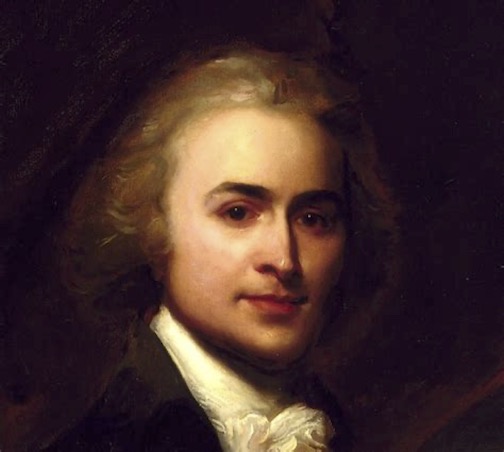 John Quincy Adams died one hundred and seventy-three years ago tomorrow evening, February 23, 1848. He was one of the world’s most accomplished men of his generation and arguably the most accomplished American of his time. And yet, he frequently judged himself a failure.

It is hard to see why. As a diplomat, he represented the United States in Britain, Prussia, the Netherlands, czarist Russia and served on the American commission that negotiated the end of the Anglo-American War of 1812, all before he was 50. As a scientist, he experimented with growing exotic trees on the ground and observed the courses of stars and planets in the skies. His abiding interest in astronomy had him urging the construction of observatories all his life. As a writer, he had the mind of a scholar and the heart of a poet, proving the one in packed lecture halls while on the faculty of his alma mater Harvard University, and the other by crafting verse that could be winsome or playful or romantic.

As a statesman, he compiled a record of peerless public service. He held seats in the Massachusetts legislature and the U.S. Senate. As secretary of state during James Monroe’s administration, he negotiated one of the most significant treaties in American history. He also drafted the principles of what would become famous as the Monroe Doctrine. As both boy and man, his life was exemplary: he was a dutiful son, a good husband, and a caring father whose frugality and prudent investments amassed a small fortune to ensure the comfort of his descendants.

Despite all this, from his earliest youth to his death at age 80, John Quincy Adams could not shake the nagging feeling that his life was aimless and wasted. He was always diligent and productive, but he filled his diary with lengthy introspections that bemoaned his laziness. On July 11, 1805, for example, there is this melancholy entry marking his birthday: “I enter this day upon my thirty-seventh year with sorrow to think how long I have lived and to how little purpose.”

Nursing reflections like that made him fall into crippling depressions that could seem clinical rather than psychological, bitter fruit from roots deep and abiding. Fellow New Englander William Plumer was the only man in the Electoral College to vote against James Monroe for the presidency in 1820. Instead, Plumer cast his ballot for John Quincy Adams. It was more than a symbolic act. It was a testament to Plumer’s admiration for a man he thought gifted, learned, and virtuous. But Plumer also knew Adams lacked “popular talents,” a man, Plumer sighed, who was “rather respected than beloved.” Adams, late at night and alone with his diary, would have sighed too.

“Respected but not beloved” could have been on the family’s crest. John Quincy Adams had inherited more than his father’s personality. He had the same compulsive desire for fame and approbation that had driven the elder Adams into frenzies of self-doubt and political immolation during his youth and middle age. For John Adams, who was slowly unraveling in his final years on his farm in Quincy, Massachusetts, the goads of ambition had mercifully abated to leave him relatively resigned about the whip of history and the judgment of men. However, the demon of ambition seemed to have left the old and palsied man’s soul only to entwine around the heart of his son. It goaded him to seek acclaim in alien arenas where audiences abided his opening act but were always impatient for the main event.

Adams was a scholar by training and temperament, but most of all, he was an honest man cruelly cast into politics, which was a dishonest drama he never liked and a role in which he was forever forgetting his lines. He had the great misfortune to be the supremely talented son of a Founder, and because of that, John Quincy Adams carried the curse of always trying to find himself. For him, the presidency was more than an office of enormous responsibility. It was the way to exorcise the demon and stop being “Johnny Q.,” the comical child of a failed father. Johnny Q. would become the President Adams whose name would echo with those of Jefferson, Madison, and even Washington in the cracking whip of history. He would be the Adams lauded by the judgment of men.

Yet, politics was always an ordeal for him because it was much against his nature. He was a man of legendary reserve and appeared supernaturally indifferent to popularity. Those traits made him hard to get along with while masking his poignant inclination to effect reconciliations with men he had rubbed the wrong way. With ambition driving him, though, he became his own worst enemy in the pursuit of a moral ideal. “There is no use in questioning his facts,” an astute observer noted, “because he is always right. His memory never fails him. He is a very difficult man to argue with, because he always grows keener and sharper with every attack.” It was not meant as a compliment.

John Quincy Adams became president in 1825 with high hopes and plans to rise above partisan politics, but his time in the White House was the most miserable of his life. It was in part because his political enemies succeeded in smearing him as corrupt — a profound irony in that he was one of the most scrupulous and honest men ever to hold the office. He would not fire opponents in his administration who were openly working against him. But Adams had the misfortune of achieving his dream while Andrew Jackson was riding a cresting wave of overwhelming popularity. It made Adams’s dream a nightmare.

When Andrew Jackson trounced him in 1828, John Quincy Adams was philosophical about his defeat, up to a point. “I have only to submit to it with resignation,” he told his diary, “and to ask that I, and those who are dear to me may be sustained under it.” But in his next breath, his pen surrendered to crushing sadness. “The sun of my political life sets in the deepest gloom,” he wrote.

As he resigned himself to retirement and returning to his first love, which was scholarly writing, John Quincy Adams could not have known that his failed presidency was a milepost rather than a destination. He became unique among those who have held the office. Only three years passed before Adams returned to public life by winning a seat in the House of Representatives. He would represent Massachusetts districts in that body for the rest of his life. And during the almost two decades that followed his return to Washington, he achieved his greatest glory by fighting slavery in both Congress and the courts. He secured the repeal of the infamous “gag rule” that forbade the reading of anti-slavery petitions in the House, and he successfully defended the Africans who had taken over the slave ship Amistad by persuading the Supreme Court to grant them their freedom.

His colleagues dubbed him “Old Man Eloquent,” and they might have thought Adam’s immortal as he aged without losing the spring in his step and the keen mind that grew sharper with every attack. When a stroke in November 1846 left him feeble, he proved so resilient that he seemed undaunted, but he had no illusions about mortality. He dated his decease from that November 20 when he was on an outing and suddenly discovered he could not make his legs work. His diary, always his most trusted confidant, became, in his words, a “posthumous memoir,” and the fifteen months remaining to him were a haze of occasional flashes of the old brilliance faltering toward increasing enfeeblement.

Nevertheless, as he had always done, he again mastered himself with iron discipline for this last ordeal. He refused to succumb to “indolence,” the thing that his father had never tolerated, and young Johnny had always imagined being his own greatest flaw. He was at his desk in the House chamber on February 21, 1848, when his face flushed a bright crimson. He clawed the air before losing consciousness.

“Mr. Adams is dying!” a colleague shouted. They took him to the Speaker’s chamber where he came to and began asking for friends and family, but soon he could not see or hear them. His last hours were unconscious ones. Perhaps he could hear, however, the cracking whip of history. We can only hope that he would know that the judgment of men would not only laud him with respect but also, and at last, with something else — something that rather resembled love.