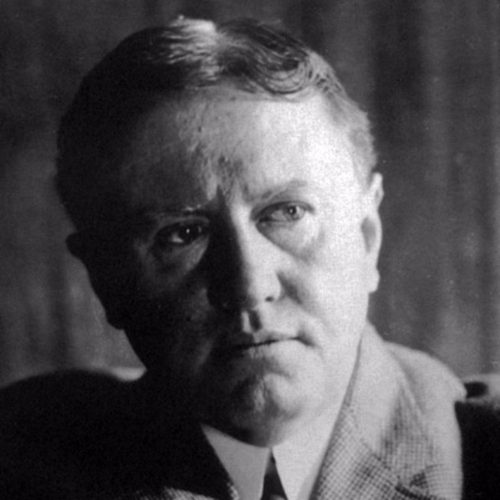 Will Porter almost never gave advice. He listened more than he talked and had the kind of face that encouraged divulgence. The habit accounted for his incredible ear for the timbre of talk, an essential quality for dialogue. Will himself was something of a closed book, a pun he would have enjoyed, and people could spend considerable time in his company without knowing much about him. In fact, he could be almost invisible when he strolled along sidewalks watching and listening. He could settle in unnoticed at a saloon and eavesdrop on the boozy banter of barflies. He could loiter at the counters of ladies’ sundry departments in bustling emporia to catch the lingo of shop girls with nary a one suspecting him a would-be masher — the term in Will’s day for the fresh guy who risked a slap for the thrill of the pass. He never carried a notebook. He remembered without fail the way the people talked.

The one time he did give advice it was as terse and as tight as his prose. A youngster with the writing bug couldn’t get started on a story, couldn’t find the first words for it, let alone the opening paragraph. Will said in his soft voice redolent with the aroma of magnolias, “Start abruptly. Don’t philosophize.” It sounded like “Stahd ah-bruh-plee.” And he didn’t hit the “t” in ‘don’t.” The “ize” rolled off Will’s tongue flat and with a lingering drawl. It was the North Carolinian in him. He never lost it.

The kid paid attention because Will was the most famous and sought after storyteller in all of New York City. He had begun to attract attention abroad as well, with some critics comparing him to Rudyard Kipling if they were British, or Guy de Maupassant if they were French. The comparisons fell short, though. The man who wrote under the name O. Henry was an American original. He already had many imitators. He has never had an equal.

By the time William Sydney Porter earned fame as the perfecter of the short story, he had packed a pile of living into a short span of years. Born in 1862 in Greensboro, North Carolina, he apprenticed as a pharmacist before heading to a Texas ranch to restore his chronically fragile health. Retiring and slight, he was always pleasant and uncomplaining, and people liked him without really knowing why. He met cowboys and wranglers, miners and outlaws, munched on beans, and swilled thick coffee around campfires. As always, he listened. He was shy with nice girls and blushed when forward ones teased him, but he fell for a teenager from a family prosperous enough to doubt his future and discourage his intentions. She, on the other hand, thought bashful Will Porter was mighty fine, and they eloped. Her family took the time to know him afterward and found, like almost everyone else, that they liked him very much too, without knowing why.

While people liked him, fate seemed to have it in for Will Porter. The wife he adored had tuberculosis, and it would take her from him too early. His brief stint as a teller in an Austin bank ended with his dismissal and worse. A federal court convicted him of embezzlement and sent him to an Ohio prison, even though he was only guilty of bad bookkeeping: the sum in question was less than $300. That alone was enough to explain Will Porter’s desire to fade into the background. His natural reticence reinforced by his sketchy past, he used his time behind bars to hone writing skills that were already promising. Little stories were submitted to publishers by an intermediary to disguise the fact that the author was a jailbird. They were an instant hit. When Will earned an early release from prison for good behavior, he went to New York by invitation and signed a 52-week contract to produce a story a week for the public prints. His publisher thought it unlikely he could do it. A year later, the publisher was astonished, and Will’s short stories — 52 and counting — had become a sensation. People wanted to know more about this “O. Henry.” Will kept his mouth shut.

Over the course of a decade — from 1900 to 1910 — he wrote some 250 short stories. The prodigious output would suggest that the quality was mixed, but O. Henry on a bad day is better than most of us at our best. As fate had dealt him a bad hand, it had also made him a rolling stone with acquaintances stretching from the mining camps of the Wild West to the bustling wharves of New Orleans and the sandy beaches of Latin America. He added the ordinary folk of New York to that mix as a rebuke to gossip columnists who lionized the upper crust “Four Hundred” as the only people in Manhattan worth writing about. O. Henry introduced the world to The Four Million.

He was able to bring all these people to life. Too often O. Henry is described as writing about “types” such as the hobo, the shop girl, the desperado, the forlorn waitress with aspirations for the stage. The description misses the power of his stories. They aren’t filled with types but with people. O. Henry’s characters have voices distinctive and unique because Will Porter knew them. The cliché about all his stories having “surprise” endings is also a bit overblown. He was too good a writer and too astute a judge of the human condition to test credulity so frequently.

Ah, Christmas. Of the more than 200 stories, only a handful are about Christmas. One of his first published efforts was “Whistling Dick’s Christmas Stocking” in 1899. It is the story of a tramp who thwarts a robbery and gains the affection of the would-be victims who intend to shower Whistling Dick with material comfort. His response concludes the story. It isn’t a surprise but is achieved with a lyrical tribute to the call of the open road. This early story showed how O. Henry inverted his rule about philosophizing: Never do it at first, but almost always try to near the end.

“Christmas By Injunction” drew on Porter’s western rambles and is a grand demonstration of his talent for dialogue. A prospector strikes it rich and plans to play Santa Claus for the children in a mining town. His friends are at first touched and then troubled. The town of Yellowhammer is isolated, rude, and filled with colorful characters known by monickers such as “The Judge,” “Lazy Bill,” and “Limping Riley.” But Yellowhammer doesn’t have a single child. The residents spring into action to recruit any children within riding distance to receive the bounty of toys the prospector is bringing.

They have a difficult time when not a single parent at far-flung cabins and ranches will consent. One of the searchers remarks, “It’s creeping’ upon my faculties, that borrowin’ a kid at Christmas is somethin’ like tryin’ to steal butter from a man that’s got hot pancakes a’comin.” His companion, the Judge, agrees: “It is undoubtedly an indisputable fact,” said the Judge, “that the — ah — family ties seem to be more coherent and assertive at that period of the year.”

The best they can do is pry a surly ten-year-old from his beleaguered young mother. O. Henry described her as having “once possessed a certain style of beauty that would never wholly leave her and would never wholly return.” The sullen kid spoils the party in Yellowhammer, but the prospector unexpectedly receives a far better gift than the ones he intended for the town’s non-existent children.

And though we are tempted to provide a link to that tale, there is one we must insist you read. We won’t spoil it for those who don’t know the story. Will Porter knew sadness and the hard hand of fate, even to the point that it would finally strike him down too soon. In the summer of 1910, his fragile health put him in a New York hospital where he just faded away at age 47. The few people he called friends were gathered at his bed, and he asked them not to turn down the lamp. “I’m afraid to go home in the dark,” he explained.

And knowing all this, Will Porter knew Christmas for adults is always tinged with sadness. Small shades of gloom rise up. The longing for carefree youth can cause it, or the longing for loved ones the passing years relentlessly take away. Christmas amplifies dormant grief with its festive joy, and possibly that is why of O. Henry’s 250 stories, Will Porter only wrote a few about Christmas.

But one of those is a gemstone. “I wish I had written that” is the highest accolade a scribbler can bestow on another. This story deserves it.

So before you return to your wassail and wrapping, before you snuggle in for your long winter’s nap, take the less than ten minutes required to meet Della and Jim, impoverished newlyweds in a small New York City flat. She is determined to make Christmas memorable. He has plans of his own. You can decide if they are “foolish children” or, in short, the Magi.

The story is here.