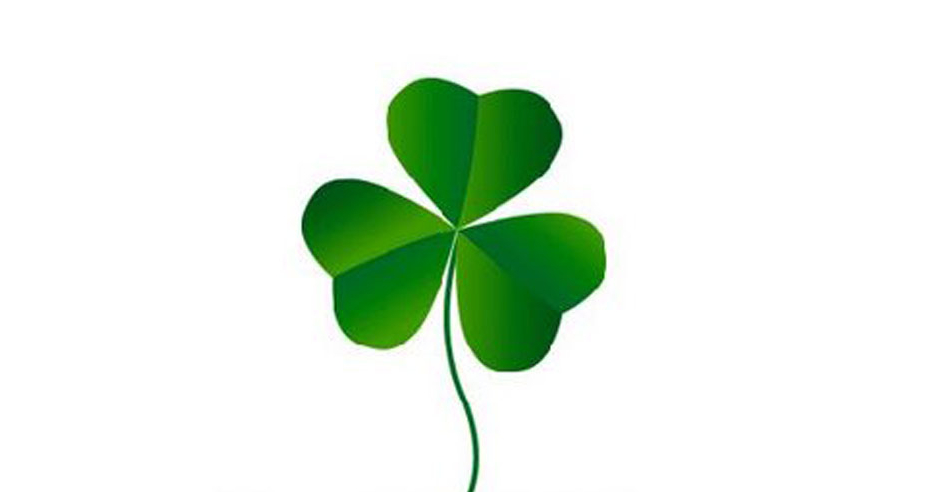 Celebrations of St. Patrick’s Day have always been part of the American experience. During the American Revolution, George Washington gave the Continental Army the day off one year, and that alone made the event memorable for thousands of exhausted soldiers.

As the years passed, significant numbers of Irish immigrants to the United States observed St. Patrick’s Day with parades and banquets. These were not only festive but also a way to protest Britain’s continued presence in Ireland where they enforced policies restricting Irish civil and religious freedom. In that same spirit, Americans found St. Patrick’s Day a way to “twist the lion’s tail,” a popular parlor game in the arenas of international diplomacy and domestic politics. Americans resented Britain’s exclusive trade policies in general but especially her influence in Latin America republics recently separated from Spain. The competition for Latin American countries as potential trading partners was fierce and often anything but friendly.

One of those new republics was Mexico, whose successful revolt won its independence in 1821 and brought diplomats from all over the world eager to tap into Mexican silver mines that Spain’s mercantilist policies had monopolized for centuries. Everybody stepped lightly at first. The international community was careful to avoid alienating Spain until it was clear that Mexican independence was a lasting proposition, so for a couple of years diplomats cloaked themselves as “commissioners” just paying courtesy calls. By 1825, formal recognitions started rolling in, and commissioners became credentialed envoys. The British sent a man to set up a legation, and the United States did as well.

Now, you may ask, what does all this have to do with St. Patrick’s Day? Well, the Irish population in Mexico City wasn’t large, but it was active, and in 1826 Irish leaders planning a celebratory banquet for St. Patrick’s Day invited Mexican officials and foreign diplomats to attend. That was how the American minister to Mexico and the British chargé d’affaires wound up at the same dinner table. Moreover, it provided a setting where certain things were said, things bound to give offense.

The American was South Carolinian Joel R. Poinsett, and if the name sounds familiar, it’s because he is now best known for his one deed as an amateur botanist rather than his many achievements as a lifelong public servant. In the latter role, he was a diplomat, congressman, and cabinet secretary among other things, all jobs a testament to a fine family (Charlestonians with a physician for a patriarch), wide travels (Europe and South America), deep learning (excellent schools), and considerable talent (a facility for languages that made fluency a second nature). Poinsett’s time in Argentina and Chile during the tense years of the Anglo-American War of 1812 turned him into a genuine Latin American expert, and it was natural that he would become the first U.S. minister to Mexico.

Yet for all his talent and experience, something about Joel Poinsett rubbed people the wrong way. He was in his mid-40s by the time he established his embassy in Mexico City, but he could be surprisingly candid and off-the-cuff when an idea seized him, and that is not a favorable trait in the foreign service. In fact, Poinsett’s dabbling in botany provided almost the only positive achievement he could claim in the end. He experimented with olive cuttings and transplanted to the United States the winter plant with crimson petals that Mexicans called “the Christmas Eve Flower” and Americans came to know as the poinsettia.

The British chargé was Henry George Ward, almost universally known as “H.G.,” who was more circumspect, but at the ripe old age of 29 suffered from the pitfalls of youth. Perhaps worse than youth, Ward had just enough experience to make him touchy about things a more seasoned man would have let go.

The best schools and extensive travel had refined this handsome young man. He could be self-effacing, like one of those stammering characters endearingly played by the youthful Hugh Grant, but he was also extremely gifted and later in life could be caustically mulish, so the modesty was probably always something of an act. Ward’s memoir of his time in Mexico would set the standard for understanding that part of the world for years, which sets up an ironic contrast: the American brought from Mexico a flower while the Briton wrote a book about its mining industry. In February 1826, most people comparing the wily and practical Poinsett to the proud and romantic Ward would have predicted it would be the American eyeing the silver and the Englishman studying the flora.

There were about 90 attendees at the 1826 St. Patrick’s Day banquet, and as was the custom, courses ended with glasses charged for the toasts. The event gets a bit confused in the two accounts that later described it, but clearly something unpleasant happened. It wasn’t nearly as clear how bad the consequences would be.

The story about an “incident” appeared first in the American press, and it praised Poinsett for proposing a toast that called “for the emancipation of the Catholics in Ireland,” a sentiment that “was warmly replied to by Mr. Ward . . . who defended the policy of his government.” To Ward’s protest, Poinsett had responded “with coolness and courtesy,” causing his Irish hosts, their Mexican guests, and even the British legation to stand and cheer. So it was said.

But British newspapers soon claimed that this account was rubbish on stilts. Instead, Poinsett’s toast was “a most improper interference on the part of an intriguing foreign envoy,” and Ward had every right to find it offensive both personally and professionally. We can presume that the British scribe did not mean that Joel Poinsett was intriguing in a sort of mysteriously fetching way, but that he was a man capable of private shenanigans and public embarrassments. Poinsett, sniffed a British newspaper, had “committed himself most grossly” while Ward was “most proper and gentlemanly.”

Newspapers in the United States did not merely respond. They fired a two-column salvo in the form of a long letter from an eyewitness — a perfectly reliable observer, insisted American editors — who described the St. Patrick’s Day banquet in minute detail and provided a verbatim version of Poinsett’s toast that had presumably started all the trouble. In this account, Poinsett’s remarks had been met with prolonged applause, and H.G. was taken aback. Moreover, Ward thought he and Poinsett had an agreement to avoid “the only subject [about] which a difference of feeling and opinion could exist among the company.”

Because of this alleged breach, Ward had felt it necessary to reply. He wanted, he said, civil and religious liberty for Ireland as much as the next fellow but only with the assurance that it would not imperil the British crown. By itself, the statement seemed reasonable. But the reliable eyewitness noted that “these observations were made under the influence of a visible and rather violent excitement.” The most charitable translation of that locution was that H.G. Ward had lost his temper, without putting too fine a point on why.

The accounts could not disguise that the evening was an embarrassing exhibition of bad judgment and worse temper, the sort of thing that causes men, once they’ve calmed down, to cringe. The public display on the ground was disagreeable enough, but the puffing about it in sparring newspaper accounts threatened to rankle public opinion and compel governments to impetuous behavior. To be sure, no shooting war was likely over the incident, but smaller squabbles than this have occasionally worked real mischief on international relations. In this case, strained relations and stalled projects key to the peace and prosperity of both the American republic and the British Empire could have resulted.

It was most fortunate then that everyone came to his senses. The newspapers fanned the flames, but the incident refused to catch fire. Indeed, it was extinguished fairly quickly by the State Department in Washington, the Foreign Office in London, and the legations in Mexico City. The British were more interested in finalizing trade agreements than in shivering lances with pesky Americans in faraway Mexico. For his part, Joel Poinsett became strangely fixated on controlling Mexican politics through Masonic lodges, a project that gradually enraged almost everyone, except H.G. Ward. Otherwise, Poinsett and Ward remained wary of each other but were sufficiently professional to cooperate on delicate issues without fisticuffs or even cross words.

There was probably a reason for that. What happened at the St. Patrick’s Day banquet that evening in 1826 could be interpreted as little more than Mr. Poinsett’s tendency to speak without thinking and Mr. Ward’s sensitivity stemming from youth and chauvinism. But the eyewitness hinted at another element when he described Ward’s response as “under the influence” of excitement bordering on violence. Something else then almost certainly contributed to the social fabric, not to mention diplomatic restraint, suddenly unraveling over a toast. After all, a toast requires a raised glass. The nature of the event and the convivial disposition of its hosts assured, for that purpose, glasses were filled, refilled, and refilled yet again. Frequently.

“O God,” laments Cassio in Shakespeare’s Othello, “that men should put an enemy in their mouths to steal away their brains!” Cassio obviously never attended a Saint Patrick’s Day banquet where, far from home, the spirit of the thing was literally irresistible. H.G. and Joel could have explained it better than most.