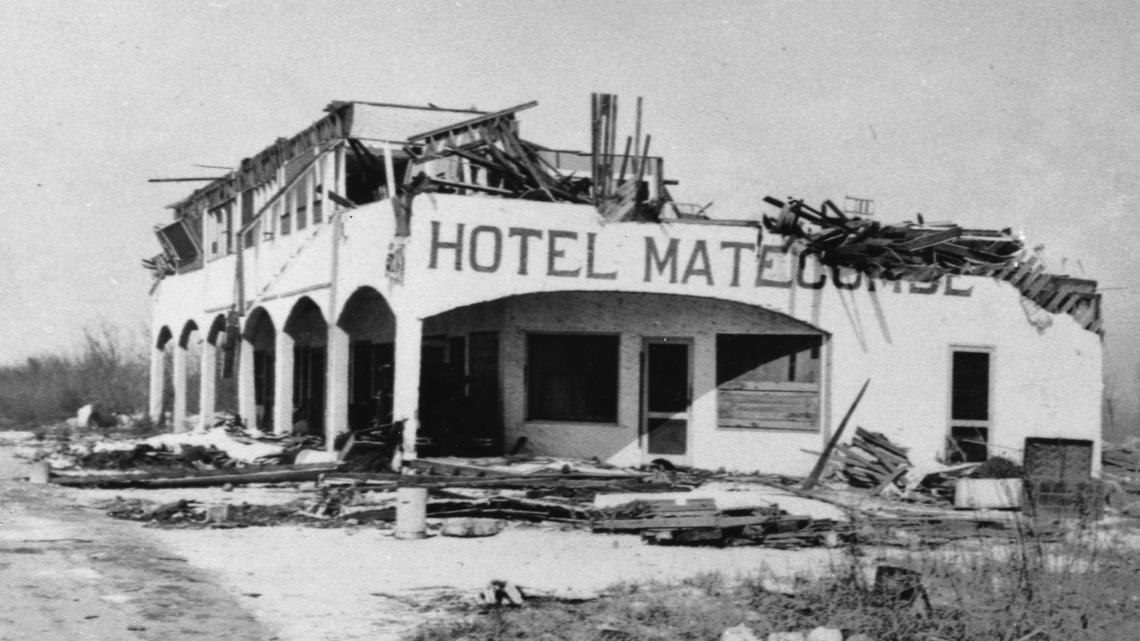 This past week, as the storm named Ida moved along the path blazed by Katrina sixteen years earlier, we were reminded of the catastrophic Labor Day Hurricane of 1935. The Florida Keys that year were the target of a uniquely lethal storm before such storms were given names, but something that killed so efficiently and quickly would have defied any attempt to hang a tag on it. This Labor Day we recall the event and the poor people who were in the wrong place at the worst time. It is also a cause for reflection on trusting government to protect, save, and redeem when the chips are down, or as was the case in 1935, when the wind is high and the water deadly.

The tropical depression was less than two days old when it became a Category 5 hurricane, one of only two instances when a storm that severe has struck the United States. By the time it found the Florida Keys on Labor Day, 1935, it was a monstrous combination of two hundred mile-per-hour winds and hammering rain whipping around a tight eye only eight miles wide. It remains the most powerful hurricane ever recorded.

Among those in the storm’s path was a sizable group of World War I veterans employed under the Federal Emergency Relief Administration, a New Deal work relief program. Encamped on Windley, Upper Matecumbe, and Lower Matecumbe Keys, they were building the Overseas Highway, a road that would connect the Keys to the mainland. The storm took only forty-eight hours to develop and had chosen a holiday weekend for its main event. Bureaucrats who had complacently watched the days wind down to the long weekend realized the gravity of the situation too late. The frenzy that followed became a struggle with paperwork and a fight with the clock. Putting together a rescue effort to reach people in a remote location took time. The people were at sea level with towering walls of water hurtling toward them and winds building whose power would astonish everyone.

Here was some rotten luck that continued a bad run of luck for people whose afflictions had been long and unrelenting, stretching back to the horrors of the Western Front in World War I. Those in the Keys in 1935 were the pathetic remnants of the Bonus Marchers who had shown up in Washington D.C. three years earlier. What were they doing in Washington? you may well ask. And even more to the point, how did they ultimately wind up in Florida?

The story isn’t complicated. After the war ended in 1918, intense lobbying convinced Congress that veterans should be recognized for their service with financial bonuses. The Bonus Bill planned to give a man $1 for each day of his domestic service and $1.25 for each day of it abroad. It was a big budget item, and Congress tinkered with it until it had become an empty political gesture rather than a meaningful economic one. In fact, years passed before the Adjustment Act became a reality in 1924, and by then it had become enormously complicated.

Try not to let your eyes fog over: Any payment over $50 was issued as life insurance certificates that accrued compound interest, underwent adjustments, and were scheduled for a lump sum payout in 1945. The flush times of the mid-1920s made the arrangement seem palatable as well as sensible, and the compound interest set all pending recipients aglow. But in a few years the Great Depression threw these men out of work and they wanted the money right away. In 1932, some 15,000 went to Washington, and newspapers hailed them as “the Bonus Marchers,” but they wound up encamped in shabby tarpaper shacks erected on Anacostia Flats.

A tense confrontation with the authorities finally ended with the government applying unseemly force that seemed to point to everything that was wrong with President Herbert Hoover’s approach to the economic crisis. Newsreels of American soldiers breaking up the veterans’ camp with teargas was a public relations disaster that helped elect Franklin Roosevelt.

The high hopes raised by New Deal promises lured the most hopeless of the 1932 Bonus Marchers back to Washington about the time of Roosevelt’s inauguration in March 1933. Their goal was the same as the earlier, larger group, but they discovered that Roosevelt was no more agreeable to an early payment of the bonus than Hoover had been. Roosevelt, however, wanted to avoid Hoover’s political blunder. Rather than resorting to bayonets and teargas, Roosevelt resorted to federal relief. On May 11, 1933, he signed Executive Order 6129 that removed all age and marital restrictions from service in the Civilian Conservation Corps, thus allowing Spanish-American and World War I veterans to join it. The government sent the veterans to Florida where they were to repair Fort Jefferson on Dry Tortugas and build the Overseas Highway to Key West, in itself a formidable construction project.

The fate awaiting them in the Florida Keys amounted to a tragedy worthy of Aeschylus. They had become federal relief workers because there was no other place for them to fit, just as they were in Florida because there was no other place for them to go. They had truly reached the end of the road, ironically the one they happened to be building. They were frequently drunk and disorderly, alarming residents and squandering paychecks on booze and worse. Ernest Hemingway’s novel To Have and Have Not depicts them as a raucous bunch of moochers panhandling for drinks at Sloppy Joe’s and knocking each other about, fight-club fashion.

But they were not placed in Florida to get rid of them in a final sense. The Roosevelt administration sent the veterans to Florida to avoid political embarrassment, but it did not plan for them to die because of ignorance, neglect, or willful inaction. To the contrary, back-breaking exertions by frightened administrators in Miami put together a rescue train that chuffed southward under dark green skies over shivering trestles battered by a violent sea. This train arrived at Matecumbe Key just in time for the main event. The shrieking went oddly quiet as the storm surge reared up, and water twenty feet high briefly blocked the wind that was making it a remorseless moving wall. It came ashore, found the train, and wrenched its cars from the locomotive like toys. More than two hundred fifty veterans and almost two hundred residents disappeared into the night. The shrieking wind returned, and the raging sea picked its time for another wave to wash over the little strands of anchored but unprotected coral.

The hurricane sped northwest to leave an unnerving, surreal scene under skies that in forty-eight hours were blue. The sun illuminated a chilling scene for the storm hadn’t claimed the bodies of all its victims. Lower Matecumbe Key had corpses everywhere, floating in a ferry slip and littering a blasted landscape. And in almost no time, the search for somebody to blame for what happened to them became a “cause.” Eventually a diverse assemblage of critics that included the Veterans of Foreign Wars, members of Congress, as well as activists on the far Left began asking pointed questions, all seeking to fasten blame for the calamity on human agencies.

The Weather Bureau was an easy target for unfair charges of incompetence and neglect. Seven years earlier a hurricane had hit Lake Okeechobee and killed almost 2,000 people. Many blamed the high toll on the lack of timely warnings from the Weather Bureau, so forecasters had become much more alert.

The Labor Day Hurricane nevertheless moved undetected through this increased vigilance, which was a tribute to its stealth and speed rather than cause to condemn the Weather Bureau. The problem in both 1928 and 1935 was the same as today; the inability to gather large amounts of coherent and reliable information. As if by cunning and deception, the 1935 storm took shape in a gap between reporting stations at Nassau and Cuba, and its small size hid it from other stations as it raced toward the Keys. Although during hurricane season, ships at sea reported weather conditions at least four times a day, no ships reported this storm. As late as Monday, meteorologists in Jacksonville, Florida, thought the storm was at most a tropical depression tending to weak hurricane strength.

People made colossal mistakes in this awful episode, a fact clearly revealed in hindsight. But those in charge of the veterans were not callous; they were cautious, ever the mark of prudent bureaucrats. After underestimating the danger for too long, they were too late in summoning the only means of evacuation, the ill-fated train. It was Labor Day, and responding to such an extraordinary request took longer than the extra time it would have taken in any case. The train was late, and when many people perished, it became another lesson in a long line of similar ones. Reliance on government as a protector is unwise, and the expectation that government can act as a savior is folly.

In reality, government cannot protect against all dangers, it cannot save from all calamities, and it certainly cannot undo the consequences of naïve trust in its omnipotence. The January following the Labor Day tragedy of 1935 saw Congress authorize (over Roosevelt’s veto) the immediate redemption of the Bonus Certificates, providing proof in the end of the only thing that government can always do with alacrity. It can write checks.